The Kaikoura quake – when your whole world is shaken

I feel like I need to subtitle this “Mother Nature, you can hakuna your tatas!” But heaven above, I don’t want to piss her off – she already seems to have a beef with us! Following the 7.8 quake centred near Kaikoura and Waiau in the South Island earlier this week, it has been a rather surreal week here in the Hutt Valley, near Wellington.

Not our first rodeo

I’m well aware that New Zealand is a very “new” country in the grand scheme of things. Our land is still shaping and forming itself. It’s why we have such dramatic, beautiful landscapes that tourists will cross the world to see. It’s the reason we can go from skiing on the mountains in the morning to swimming at the beach in the afternoon. It’s also the reason, along with our position on the Pacific ring of fire, that we have a rather active earthquake fault system.

When I was younger we lived up North. I felt a few earthquakes up there, most noticeably the Edgecumbe quake in 1987, and the science behind it all intrigued me even if the shaking itself was unnerving. Living in the Hutt Valley now, we have experienced a lot of quakes. The majority of them are minor – those, “was that a quake or did you wriggle on the couch?” moments. We’ve also had a lot of hold-your-breath rattles that have you instantly jumping over to Geonet to confirm the location and the winner of “guess the magnitude”. And then there are those select few that make your heart race. The two Seddon quakes – huge and frightening – were by far and away the biggest we had ever experienced. Until just after midnight on Sunday.

“It will stop soon”

I had just been conned by my two kids in to allowing them to stay up later than normal to watch the end of a TV programme. I am so glad I’m a soft touch. We were minutes from the end of the programme when we all felt a wobble, instantly recognisable as a quake. I paused the TV – as I always do, I don’t know why, maybe to ensure that everyone is aware and prepared to move. The wobble became a shake and I held up my finger to signal the kids that they needed to pay attention. Within a second I told them to get down. They’ve done drop, cover and hold, dozens of times – in both drills and for real. They know what to do and they seem to take it all in their stride. The quake seemed different to others, as it increased and increased in intensity. I dropped to the floor and released the cat from my lap. He froze so I swept him back towards me and held on. The shaking got worse. I looked up briefly at the TV and remember thinking, “I’m so glad that’s screwed down,” as it wobbled around. The shaking intensified and I told the kids, “it will stop soon,” whilst hoping that it indeed would! We could hear the sounds of things starting to fall over and topple out of cupboards and then the power went out as the shaking continued.

It was a long one – between ninety seconds and two minutes. When the ground slowed down I grabbed my phone and shakily found the flashlight on it. Then we grabbed more torches and lanterns. A quick scout around showed no damage, just things on the floor and one broken coffee mug. How lucky we are. We spent the next five hours camped out in the lounge – the kids fell asleep within an hour or so but I stayed on the internet keeping up with the latest from the news sources and talking with friends via social media. Then the tsunami sirens started. Our power came back on around 5am and everyone retreated to bed. 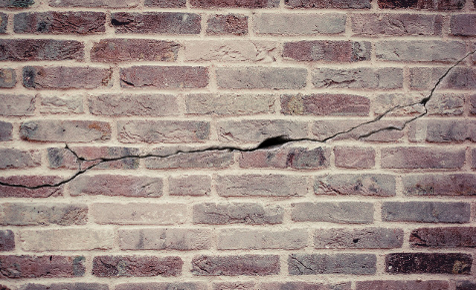 Trying to get back to normality

On the Monday I kept the kids home from school. Partly due to the lack of sleep, partly due to needing them to be near during numerous aftershocks. Statistics and news started to come out throughout the day – landslides and damage to infrastructure in Kaikoura, building closures in Wellington and the unfortunate loss of two lives. The experts say that there multiple simultaneous quakes and up to 21 faults fractured, gradually aiming their fury at the lower North Island. The rumbling awoke the Seddon quakes and these are now affecting us with aftershocks again.

On Tuesday, seeking some sort of normality, I sent the kids off to school. Within an hour I was instantly regretting that decision as torrential rain affected our area and roads were being cut off, slips were blocking roads and access was getting worse and worse. Around lunchtime it was too much and the thought of the kids being stranded by floods during aftershocks sent me out to brave the weather to collect them both. I had to u-turn once due to a flooded road and drive through a muddy brown torrent that was washing over the only route out of our suburb. I’ve never been so glad to get back home.

Anxiety after the earthquake

After such a huge event (and with constant shaky reminders), it’s normal to feel anxious. Some things we do out of preparedness: ensuring that the battery on the cell phone doesn’t go flat, that there’s petrol in the car, or topping up emergency water supplies. Other things are borne out of our anxiety: avoiding parking in multi-storey car parks, not wanting to be alone, continuously monitoring the news, or wanting to move away.

Everyone deals with anxiety and stress following such an event in different ways. Well-meaning friends and family may say that we have to be strong for our children and not show fear. I don’t fully subscribe to that way of thinking. Yes, we need to be the adult in these situations, but if someone is feeling anxious you can’t just tell them to “get over it”. By negating people’s feelings you leave them vulnerable to more anxiety as they feel that they can’t talk to others about it. By putting on a brave face, children can be left wondering if their own fears should be contained rather than talking about them. It’s OK to say “I hate these damn quakes!” and for your kids to hear it. As long as they are also hearing messages of preparedness, safety, support and optimism, you can help them balance their fears with that knowledge.

Get Ready, Get Thru has helpful advice on being prepared for disasters and what to do if one occurs

For support and assistance, contact the Earthquake Support Line

Get information on NZ earthquakes at geonet.org.nz

This blog was written by Julie Scanlon, Editor, Kidspot NZ.