Keeping up with your tots nutrition

We all want the best for our kids, including making sure they’re getting enough sleep and eating all of the right things. The last few years in the diet world have brought a ton of different information about what we (both adults and kids) should and shouldn’t eat, how we should eat and I’m pretty sure there’s something out there that says we should eat at certain times. I”m no expert (this is just how we roll in our house) and I find that information can be conflicting and confusing but I kind of figured as long as Miss I isn’t lacking in the important stuff, doesn’t have scurvy and isn’t malnourished then I’m doing ok at this feeding a child thing. I honestly have no idea how she isn’t any of those but I give myself credit where credit is due even if I feel like I am doing terrible at everything else.

I’m the first to admit that my diet isn’t the greatest at times purely because like every other parent, I’m on the go from the time I wake up until the time I go to bed so I tend to go down the quick and easy route which sometimes isn’t the healthiest (peanut butter on toast with a tim tam and a cup of tea for lunch). I do take pride in myself that Miss I’s is consistently awesome. It is filled fresh veges and fruit, no processed foods, no sugar etc and healthy options are always available. Miss I probably thinks it’s terrible because she’s not allowed sweets, juice, “old Mac Donald’s” and various other things but I’m attempting to raise a child who will hopefully carry on these great eating habits into her adult life. 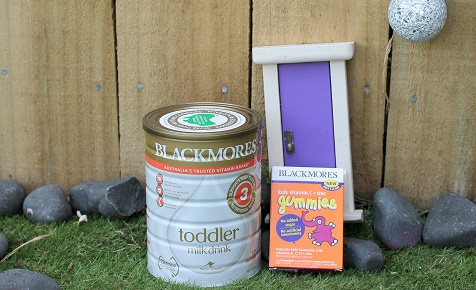 Blackmores gummies teamed up with their toddler milk drink and a mostly balanced diet, makes mummy not feel like such a bad parent when the child wont eat her delicious overnight marinated chicken, homemade kumara hash and perfectly steamed broccoli and cauli that she said was delicious last week.

With summer just around the corner, we’ve come up with a couple of treats to not only keep your wee one cool but also top them up with a little extra good stuff without them knowing. 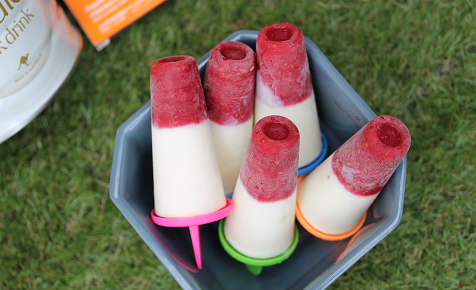 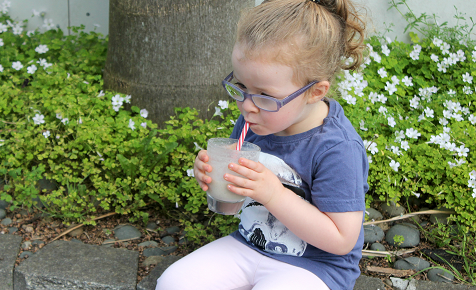 makes enough for one small tum

Pop all of the ingredients into a blender and blitz until smooth. Pop it into a cup, sprinkle with a little coconut and cinnamon to top, in goes a straw and it’s good to go!

We hope you enjoy the treats and mama’s and dad’s remember- if the kiddos are happy and don’t have scurvy, you’re doing a wonderful job!

This article was written for Kidspot and Blackmores.