Collective nouns: A pride of lions

Collective nouns: A pride of lions

Lions are the only species of cats that form social groups. These groups are called a pride. Most known prides include up to five females, two males and their young.

Lions hunt in their prides and survive better hunting larger prey weighing as much as 1000kgs. When hunting prey this large, they eat as a pride, however, if only smaller prey is available at the time of hunting, lions will hunt and eat alone. 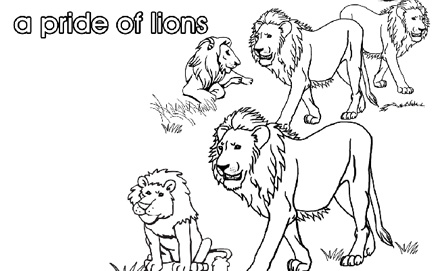 Print your own pride of lions colouring page.