Collective nouns: A gaggle of geese

Collective nouns: A gaggle of geese

This term is used to describe more than one goose behaving the same way.

According the Online Etymology Dictionary, the word gagyll was used in the late 15th century to refer to both geese and women.

The word is possibly of Dutch origin where the word gagelen meant "to chatter" and the Middle English gaggle meant "to cackle". 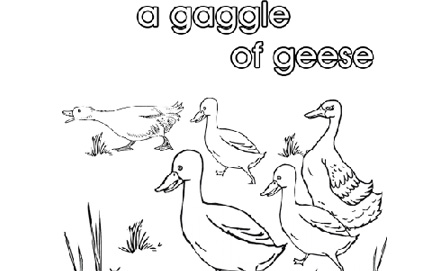 Print your very own colouring page of a gaggle of geese.