Flags of the world: USA

Flags of the world: USA

Flags of the world are often taught to our children in middle primary school. They learn briefly about the history of the country and what the flag and its colours represent. Learn a little bit about the United States of America, its flag and enjoy a colouring page too!

Description: The flag has 13 red and white horizontal stripes. The top stripe is red and alternates down with a white stripe, ending on a red stripe. These stripes represent the13 original colonies settled by the British Empire. Each state in the United States of America is represented by the 50 stars in the canton, (the rectangle of stars on the top left of the flag). 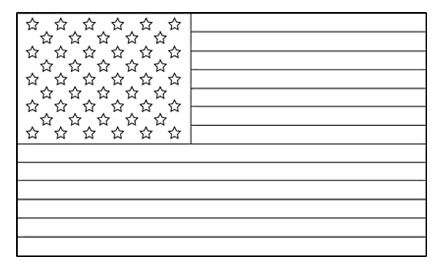 Print your own American flag to colour in. See the colours you need to use below.