Help the kids along when they are learning their six times tables. Multiplication is one of the trickiest forms of maths to learn so get the kids to print out these multiplication charts, colour them in and have some fun along the way. 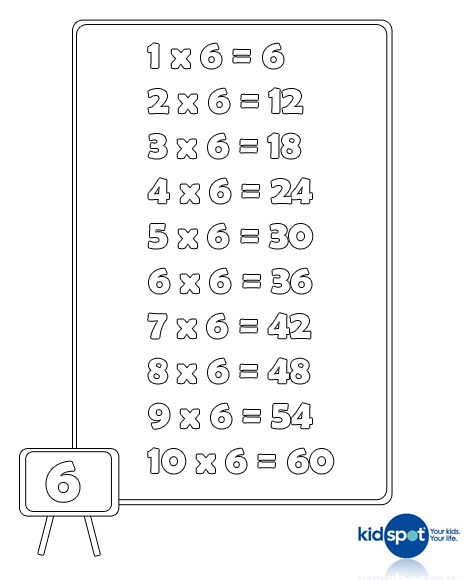