The eight times tables are anything but easy for kids to learn. Make it a little easier by printing off these multiplication charts. Your child can colour, cut, scramble and even create a fun poster to familiarise themselves with the patterns made when the eights are multiplied. 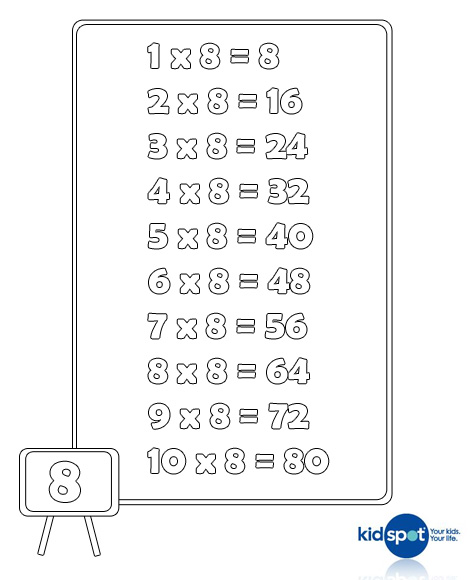