Collective nouns: A flock of birds

Collective nouns: A flock of birds

A flock of birds

The term is used to describe a number of birds that congregate and feed together.

As far as birds go there are many advantages and disadvantages to birds flocking.

According to the Miriam-Webster dictionary, the word flock was first used in the 13th century, with origins from Old English floc, which meant crowd or band, and the Old Norse flokkr. 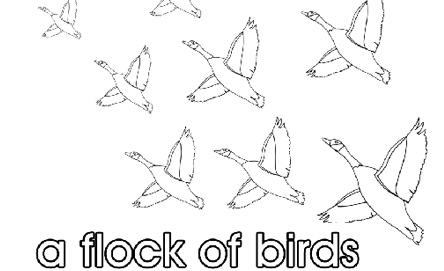