Flags of the world: Union Jack

Flags of the world: Union Jack

Flags of the world are often taught to our children in middle primary school. They learn briefly about the history of the country and what the flag and its colours represent. Learn a little bit about the Union Jack of the United Kingdom with this colouring printable flag for kids.

Representation: The Union Jack is made up of three individual flags.

Joined together, all three crosses form the flag of the United Kingdom.

The flag of the United Kingdom is commonly called the Union Jack because it represents the union of three countries. But the correct name is actually the Union Flag and the term Union Jack should only be used when the flag is flying on a ship. 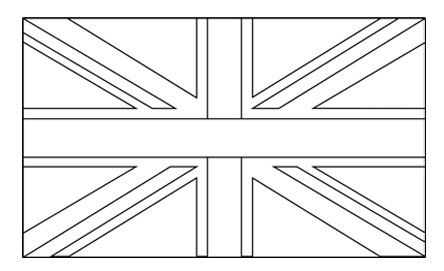 Print your own United Kingdom flag to colour in. See the colours you need to use below.