Most kids think of the 10 times tables fondly and counting their fingers and toes is where they mostly begin. Patterns in numbers are better recognised if there is a visual aid. Print off this chart for the kids to become more familiar with the patterns of the 10 times table. 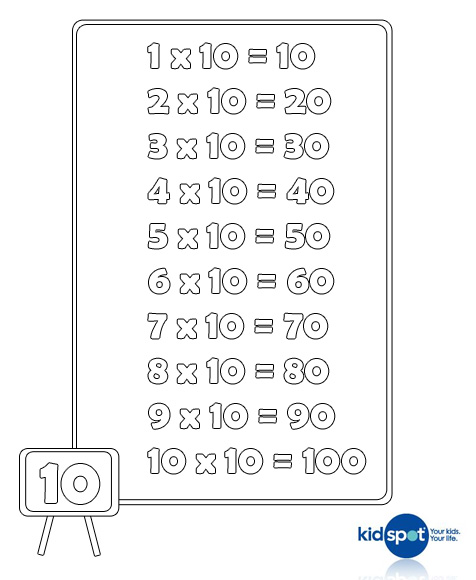 Click here to print out the 10 times tables multiplication sheet. Science experiment: Be a snake charmer