The 12 times tables fall under the tricky category. These ones are difficult to learn and often hard to recall but with this printable multiplication chart, you will have the kids singing along to their own tune and proudly knowing their 12 times tables in no time! 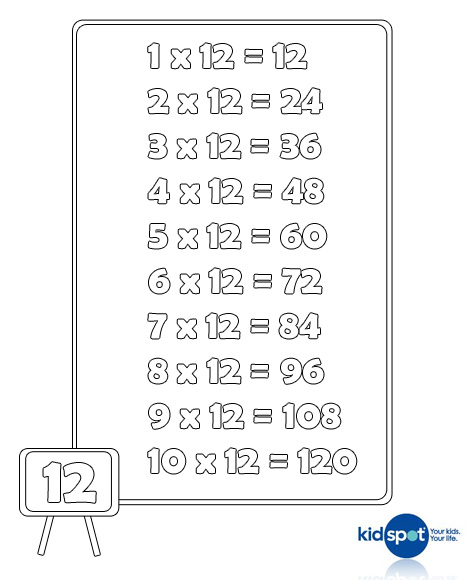 Click here to print out the 12 times tables multiplication sheet.