Kangaroos live in groups of 10 or more called mobs. They live in these mobs mostly for protection for the younger or the weaker members of the mob.

A kangaroo's main predator is the dingo, however other predators are foxes, dogs or feral cats. 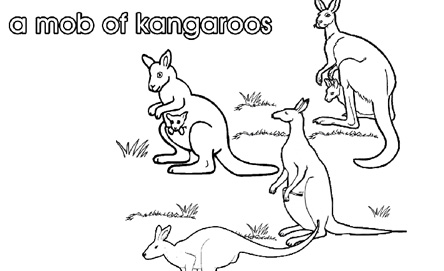 Print your own colouring page of a mob of kangaroos.