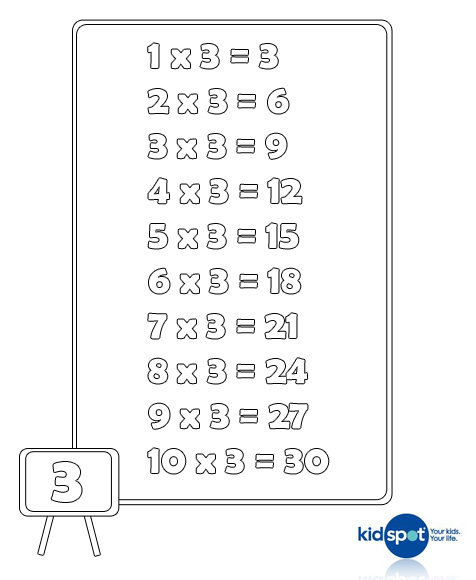 Click here to print out the three times table sheet. How To Make A Flower Wall