Seven times tables are hard work. Help the kids recognise the patterns they form by printing off this multiplication chart and have them colour it in to become more familiar with the numbers, patterns and solutions as they take shape. Seven times anything just became fun! 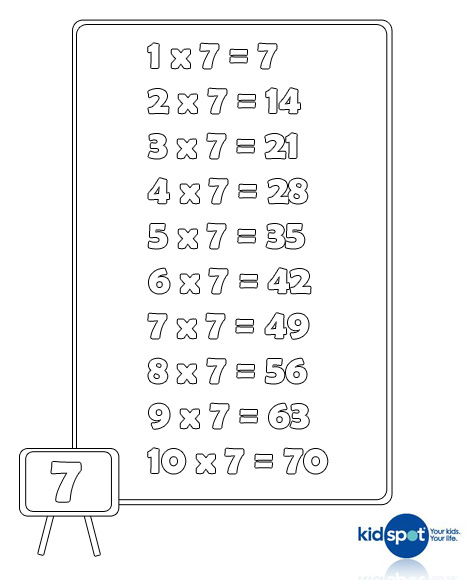 Children aged 11 to 12 are multiplying three and four digit numbers by one digit as well as long multiplication which is multiplying three digits by two digits. Accuracy with times tables is assumed at this age as students should have a level of automaticity which allows them to move onto problem solving skills. DIY: Paint On A Crate