Nine times tables are rather nifty, but learning them can be nasty! Kids opinions of the nines can be turned around with this handy printable chart ready to cut, colour and create amazing posters full of numeric patterns. 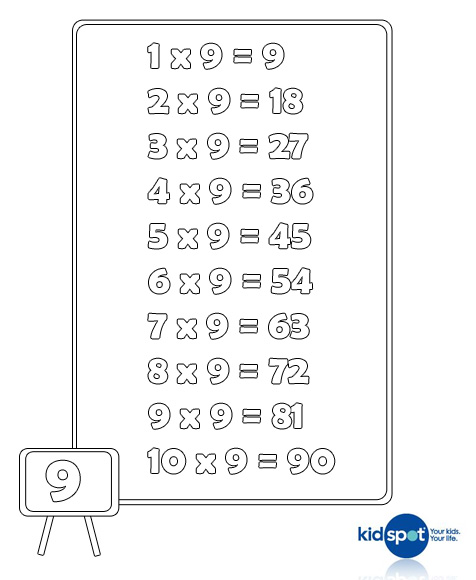 Children aged sevent to eight years can count by ones, twos, fives and tens in rhythmic patterns. They learn that equal rows are called arrays. Your child will also be making the connection that 3 groups of 2 gives the same answer as 2 groups of 3 but that it looks different. These are the basis of multiplication concepts.