22 Tasty Ways To Use Up Mince From Your Freezer

Ahh, mince – so versatile, so beloved by children, so … cheap (in the nicest possible way, mince). But if, like me, your mince repertoire has been ‘bogged’ down by repeat offerings of spag bol, it’s time to spice things up!

Here are 22 mince recipes sure to appeal to the whole family.

Marvellous meatballs (and a rogue kofta) 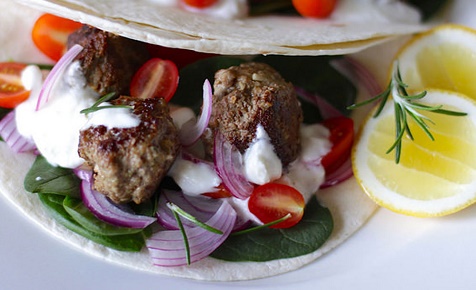 Kids love meatballs and you’ll love how simple (and secretly rather fun!) they are to make.

When you want to feed an army in a hurry and on the cheap, roll these babies between your mitts!

So simple the kids can help you rustle them up – and even the fussiest eater will devour them with joy.

You don’t have to put yourself on the Ikea conveyor belt just to get your Swedish meatball fix anymore. Just throw these little beauties together in the comfort of your own home!

If you can cope with being up to your elbows in mince before 9am, you will be rewarded with some plump and delicious meatballs in a rich tomato sauce at the end of the day. Sweet reward.

Can’t face another meatball? Make some yummy koftas instead! Served on flatbread with yoghurt and a salad and you’ve got all the food groups covered! 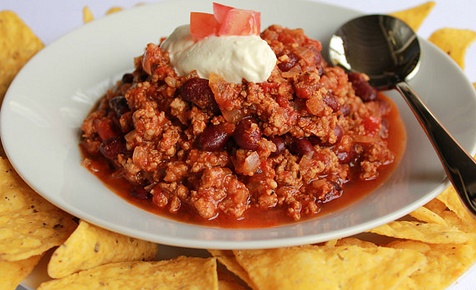 This Mexican classic is so easy to make and the heat factor can easily be adjusted to cater for sensitive little tastebuds.

Some taco seasoning adds the perfect flavour burst to these yummy burgers, served with lots of salad veggies to remove any guilt.

There’s something about assembling tacos together at the table that is rather bonding. Make it a family ritual!

Again, kids will love the whole ‘pull up a chair and roll your own’ concept – while you’ll love all the veggies they’re getting. 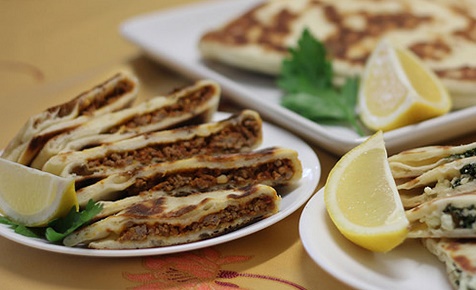 Whether you’re handing them around at your next shindig or scoffing them down in front of the telly on footy night, the one thing you can be guaranteed of is an empty plate by the end.

Homemade sausage rolls leave the store-bought ones for dust. Or rather, crumbs.

Sick of having to brave the gozleme queue at the food court or street fair? Problem solved … make your own and serve yourself first!

This ‘meat pizza’ might sound like the most unhealthy dinner in the universe, but it’s actually a deliciously low-GI, Paleo-style offering. That just happens to taste sensational.

The title says it all. Mind you, the only ‘taking away’ you’ll be doing is the truckload of compliments from the eager recipients. 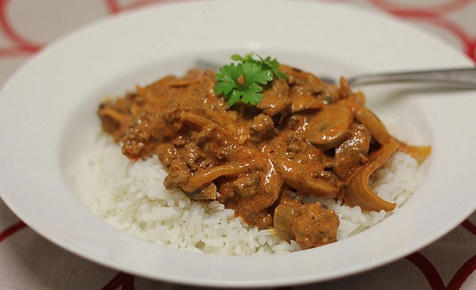 OK, so the title wasn’t the most imaginative they could have come up with, but this no frills dish with its simple flavours is a winner with kids (especially fussy eaters) and husbands. And great on toast the next day!

Once your family has wolfed this down, you’ll wonder why meatloaf ever went out of style.

Rich, hearty and full of flavour, it’s the perfect dish for a chilly night. 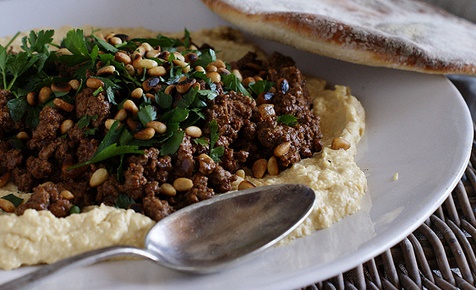 Go on a mince-tastic journey around the globe with these tasty offerings.

Serve on a flatbread with added pine nuts and parsley for the perfect weekend lunch.

The most fun your kids will ever have eating lettuce.

Like yum cha? Then you’ll love these! And so will most kids.

Thanks to two-minute noodles and a chow mein sachet base, you’ll have this meal on the table in a jiffy, where it will get munched down just as quickly.