Step 1. Preheat oven to 140°C (120°C fan-forced). Line 2 baking trays with baking paper and set aside. Using a mixer, beat the egg whites on a high speed until they form glossy peaks.

Step 2. Add one third of the caster sugar and beat until incorporated, add another third and mix then add the remaining third and mix until all incorporated. With the mixer running, sprinkle in the brown sugar a little at a time until it is all combined. Spoon even-sized rounds onto the baking tray. Push the back of a spoon into the top to make a dish for cream or fruit.

Step 3.  Bake for 45-50 minutes. Wedge a wooden spoon into the door to prop it open and leave the meringues to cool for a further 1 hour. 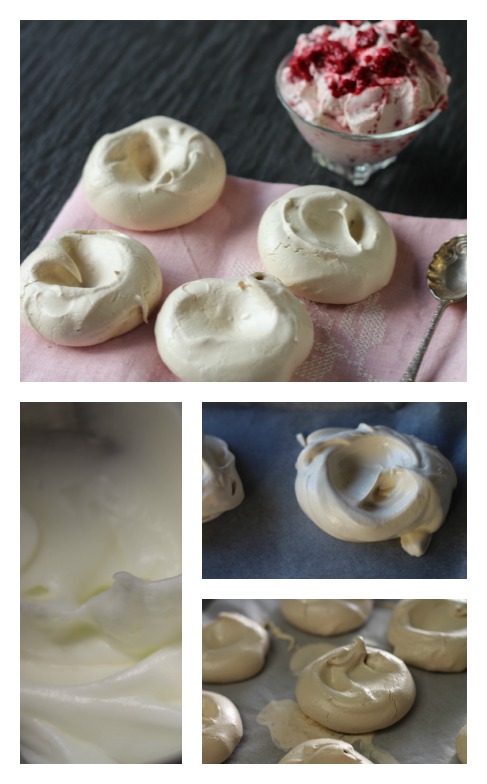