Step 1. Lightly grease a 25cm x 33cm dish with butter on the base. Using a food processor, crush the Oreos and melted butter together, Press into the base of the baking dish. Place into the fridge.

Step 2. Using a mixer, beat together the cream cheese and icing sugar until smooth. Place mixture into the centre of the Oreo layer and, using a spoon, push from the centre to the outside of the dish until you have an even layer. Place back into the fridge.

Step 3. Place milk into a large bowl and sprinkle pudding mixture over the top. Mix for 1 minute or until totally combined. Pour onto the centre of the cheese layer and, using a spoon, push pudding to the outer edges until you have an even layer. Place back into the fridge.

Step 4. Using a mixer, whip cream until thick. Place into the centre of the pudding mixture and, using a spoon, push to the outer edges until you have an even layer. Sprinkle with mini chocolate chips. 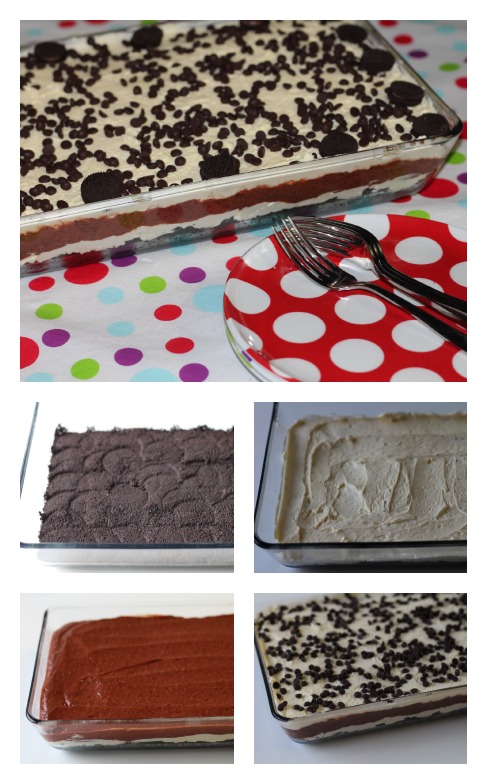 Cupcakes are a quick and easy way to enjoy baking …

This is a great dish for when you have kids …

This lightly curried fishy rice dish used to be served …

Seven simple family dinners when there is no time to cook